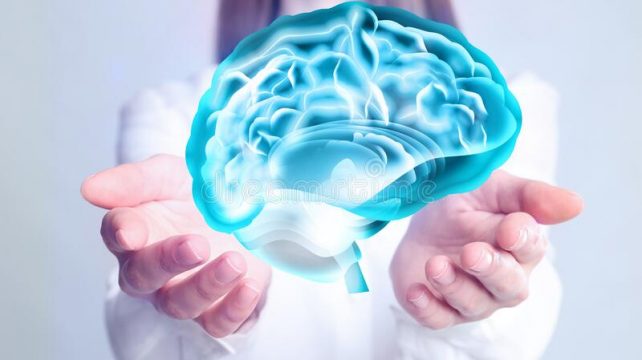 I was giving a 3-part lecture last summer, with part one being on this very subject.  This is one of my favorite lectures I must say because, truly, the human brain is amazing!  I never dull talking about this subject because it seems like each time I pick up a book or research study, scientists have learned more about this incredible organ.  I started studying human anatomy and physiology in 1991 and from that time since, the amount of new information with regards to brain function, especially in real-time, has been massive thanks to the use of diagnostic tools such as EEG, MRI, CT, fMRI, PET, and SPECT, as well as the computer software needed to translate the vital information they were displaying. These new methods allowed scientists to be creative and view the brain in ways they never imagined, including the ability to view the brain during thought!

The amazing thing about the human brain is obviously what we, as humans, can do with our brains compared to any other species of animal on the planet.  In fact, we know what we know about the human brain…because of our brains!  But this masterpiece has taken quite a while to develop, in fact, it’s been developing for about 7 million years, with most of the growth occurring within the last two million years and in that time period, it has tripled in size. (Hawks, 2013). For the size of our body, our brains are really quite large, however, we do not have the largest brains out there.  Actually, the adult human brain weighs about 3 lbs. and is about 5.9 inches (Cherry, 2017) long and contains approximately 86 billion neurons (Herculano-Houzel, 2009), also called nerve cells (the number 100 billion continues to be cited as the number of nerve cells, however, in 2009, a Brazilian scientist, Dr. Suzana Herculano-Houzel actually counted them!) The largest brain goes to the sperm whale, with a 17-pound brain and about 500 billion nerve cells.  Size doesn’t matter…at least with regards to the brain!  So, if it’s not the size that accounts for our abilities, then how are we so intelligent?

The ability for us to do what we do as humans has to do with the development of critical areas of our brains, and again, this had to do with evolution. Herculano-Houzel says “Our brains are rather standard primate models, except for the fact that we have a massive number of brain cells compared to other species. That is energetically very expensive to maintain. She estimates that 20% to 25% of our total energy budget goes on running our brains, a figure which she describes as extraordinary” (Hawks, 2013). She states, “We can afford such a huge number of neurons. That difference might actually be related to a shift to a cooked food diet and that allows us to have far more calories per day. And with that, we can afford a much larger number of neurons that other animals probably could not.” (Hawks, 2013). It makes sense, I have never seen a bear grilling his dinner over the fire and humans are definitely smarter than the average bear!

But what really sets us apart is the development of an area of the brain called the frontal lobe.  The frontal lobe is the greatest achievement of humans.  The brain itself is sectioned into three main parts; the cerebrum (the largest part that sits on top), the cerebellum (the smaller part that sits at the back of the skull), and the brain stem (which is a stalk that comes from the center and then transitions into the spinal cord). The cerebrum is divided into sections called lobes, and there are four:  frontal, parietal, temporal, and occipital.  Each section has some specific functions, but invariably, all the sections assist each other greatly.  The frontal lobes (left and right) comprise two-thirds of the human brain. (Villines, 2017). The functions include speech and language production, motor skills, comparing objects, forming memories, understanding and reacting to the feelings of others, forming personality, reward-seeking behavior, and motivation, and managing attention, including selective attention. (Villines, 2017). And those wrinkles that make our brains so characteristically cool, well they represent what’s known as the cortex, the outer layer of the cerebrum.  The cortex measures from 2-4 millimeters in thickness and houses “about 20 billion neurons…which carry out the highest levels of mental functioning.” (Cerebral, n.d.). Those wrinkles are fairly uniform in their setup, but yet are uniquely organized for each individual, just like your fingerprint!

Now, something I need to mention at this time…so we know the human brain is not the largest and does not have the most neurons, and while the frontal lobe, which allows us to do some really human things is quite large compared to the rest of our brain, the frontal lobe in primates is also pretty large. Then what makes us different?  Certain areas of the brain do certain functions and the more complicated these functions are the more neurons dedicated to those areas.  In addition, neurons send out appendages that enable them to “talk” to other neurons.  “Each neuron may be connected to up to 10,000 other neurons, passing signals to each other via as many as 1,000 trillion synaptic connections, equivalent by some estimates to a computer with a 1 trillion bit per second processor.” (Neurons, n.d.). The more we learn, the more connections we make.  The more we repeat what we learn, the stronger the connections get. When a massive number of neurons connect and work together, it’s referred to as a neural net.   It is here in the functionality of these neurons…the communication they have with one another, plus the combination of everything else mentioned before, that allows humans to think and create and do the things we do.

Okay, so I mentioned some structural reasons that make our brains so amazing, let’s focus on what we can do!

Like any other animal, we can move, we can feel and we can react to our environment.  We have a primitive system in the brain that allows us to respond to emergencies and it’s a great system.  We have areas in the brain that allow our organs to run independently of conscious thought. Again, this is common to all species with advanced nervous systems (and even some without), but humans have advanced thought capability.  It’s beyond the idea of problem-solving because many other animals can do this.  Have you ever watched a squirrel figure out how to get the seeds out of an anti-squirrel birdfeeder? Most animals problem solve by physically trying to work out the problem, and humans do as well, but we can problem-solve with just thought alone.  In other words, we are thinking machines.  Humans think all the time.  We actually think about 60,000 thoughts per day.  We have the ability to make the body believe, by just thought alone, that an experience is actually happening.  What do I mean by that?  Well, think about something in your past positive or negative, that you have experienced with an extreme emotion.  It could be a car accident, hearing great news, getting engaged, going on the best vacation of your life, or even a major trauma…you get the picture, and when you think about those experiences, you have a very vivid image in your brain about the experience.  You can even pull up the emotions that you felt during that experience and if you were to describe the experience to someone, your body would change to follow the feeling, that is, you could see an increase in heart rate, your breathing might get faster, you might feel yourself get hotter and in addition, your pupils would dilate and your mind becomes sharper as it remembers every detail of the event.
But most would agree that what really sets us apart are three specific abilities:  self-awareness, self-expression, and abstract thought.  There is little evidence that suggests that even the great apes can achieve this level of consciousness.  Self-Awareness is…well…as it says, being aware of one’s self.  You understand your strengths, weaknesses, and vulnerabilities.  You know what you are passionate about.  You know your abilities and you understand how all of these define your behavior and personality.  You also understand the impact you have on others.  Self-expression is the ability to express one’s thoughts or feelings or ideas verbally, but especially in writing, art, music, or dance.  Abstract thinking “is a level of thinking about things that are removed from the facts of the “here and now”, and from specific examples of the things or concepts being thought about. … Thus, for example, a concrete thinker can think about this particular dog; a more abstract thinker can think about dogs in general.” (Ylvisaker, n.d.).

Everything we have ever learned about the human brain…was learned by using the human brain…to think…to question…to believe…to dream…to explore…to discover.  We know how amazing our brains are because we use them everyday…at least most of us use them every day!  We navigate our world utilizing all the wonderful functions of the brain…thoughts, feelings, sensations, movements, and memory.  We add to our world because of these functions.  I was THINKING about some of the greatest achievements humans have ever done in history.  I searched and here’s what I came up with:  domesticating fire, creating the wheel…flight…and all levels of transportation, creating electronic devices, computers, and the internet, traveling to the moon, creating language, music, writing, reading, and photography, mapping the human genome, creating the theories of evolution, relativity, and quantum mechanics.

Wow!  We are a pretty cool species.  But along with our greatness, we have also done some not-so-great things.  So for me, I believe that our greatest achievement as humans is self-awareness.  Being self-aware and practicing mindfulness will allow us to reach our full potential and become superhuman.  Unfortunately, some of the other achievements have interfered with this process for many but I believe that we will all figure it out eventually because we’re all just that amazing…because of our brains!

This website uses cookies to improve your experience while you navigate through the website. Out of these cookies, the cookies that are categorized as necessary are stored on your browser as they are essential for the working of basic functionalities of the website. We also use third-party cookies that help us analyze and understand how you use this website. These cookies will be stored in your browser only with your consent. You also have the option to opt-out of these cookies. But opting out of some of these cookies may have an effect on your browsing experience.
Necessary Always Enabled
Necessary cookies are absolutely essential for the website to function properly. This category only includes cookies that ensures basic functionalities and security features of the website. These cookies do not store any personal information.
Non-necessary
Any cookies that may not be particularly necessary for the website to function and is used specifically to collect user personal data via analytics, ads, other embedded contents are termed as non-necessary cookies. It is mandatory to procure user consent prior to running these cookies on your website.
SAVE & ACCEPT